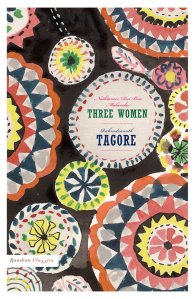 From the jacket
Three women, three stories of forbidden love.

Ignored by her well-meaning husband, Charulata falls in love with a high-spirited young cousin in The Broken Nest (Nashtaneer, 1901). Sharmila, in Two Sisters (Dui Bon, 1933) witnesses her husband sink her fortunes and his passion into his business – and her sister. And the invalid Neeraja finds her life slowly ebbing away as a new love awakens for her beloved husband in The Arbour (Malancha, 1934). Romantic, subtle and nuanced, Rabindranath Tagore’s novellas are about the undercurrents in relationships, the mysteries of love, the ties and bonds of marriage, and above all about the dreams and desires of women.

One thought on “About Three Women”