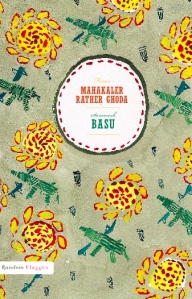 The Fever
By Samaresh Basu
Published in Bengali 1977
To be published in English translation by Random House India, 2011

Ruhiton Kurmi has been in jail for seven years. Once a notorious Naxalite, he is now a withered shell of a man, broken by incarceration and torture. The only way he can endure his existence is to shut out the past. But when Ruhiton is moved to a better jail and eventually freed, memories return to haunt him. He looks back upon his youth, his marriage, his home in the Terai foothills – and he remembers, too, the friends he has killed, the revolutionary colleagues he made and the ideals he once believed in.

Dark, powerful and full of ambiguities, The Fever questions the human cost of revolution and its (often) inevitable transience. A sensation in its time, it remains one of the great novels about the Maoist Naxalite movement of the late 60s and profoundly resonant today.